Virtual Panel Discussion of “A Wing and a Prayer” 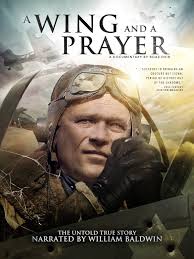 During the discussion, award-winning filmmaker Boaz Dvir will discuss “A Wing and a Prayer,” the link to which will be shared in advance with all those who register ( http://sousamendesfoundation.org/event/virtual-film-and-discussion-a-wing-and-a-prayer/ ). The hour-long PBS documentary tells the little-known story of World War II aviators who risked their lives and freedom in 1947-49 to prevent what they viewed as an imminent second Holocaust. Joining Dvir on the panel will be Penn State Middle Eastern Studies Prof. Eliyana Adler and one of the secret operation’s few remaining members, and 98-year-old Harold Rothstein.